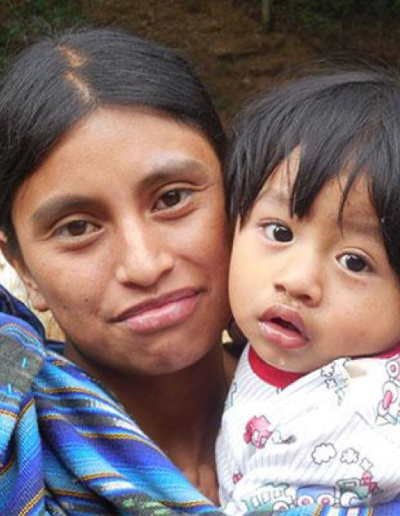 This is Juana. She works for Cultiva. She is amazing! Here’s part of her story.

About 3 years ago, Juan, Cultiva’s first employee and Field Manager, called us to tell us that a woman named Juana had gone through our garden program and was inviting our family to come to her house for lunch. He insisted that we go and that we needed to meet this woman.

We arrived at her home and she showed us her garden boxes. They were immaculate. Totally amazing gardens! We were all speaking Spanish as it was the common language among us. Then, this little woman in traditional Mayan clothes, starts speaking to us in English. We were very surprised. We started asking her questions. We learned that Juana was in her 30’s and a single mom of a 6 year old son. Her husband had died in a construction accident. She speaks 5 languages, including English. She went to the United States when she was younger on an agricultural education exchange. We were so impressed with her.

That was a defining moment when we knew we were doing the right thing with Cultiva.

Juana was soaking up all this knew knowledge and she was putting it into practice. Her mother and sisters also got trained with Cultiva. As we were talking that day by her garden, we felt that one day she would be an awesome member of the Cultiva team.

A year later, we hired her!

She’s an integral part of Cultiva. It’s powerful having a woman teach other women. She can speak from her own experiences. She has gone through the work and has the proof to show it. She’s a success. And she inspires other women everyday.

Please help us share our model and philosophy with more people. Please consider donating or sharing our message with your friends.